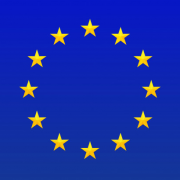 What is the Eurozone? – Definition for investors

The Eurozone refers to an economic and geographic region that includes all European (EU) countries that use the Euro as their national currency. The European Union (EU) is an international organization uniting 27 European countries and establishing a common economic, social, and security policy. The EU was created on the basis of the Maastricht Treaty, which came into force on November 1, 1993.

This agreement aims to improve the political and economic integration of Europe by creating a common currency (Euro), a common foreign policy and security, and common citizenship through cooperation in immigration, asylum, and judicial matters. In 2012, the EU was awarded the Nobel Peace Prize in recognition of the organization’s efforts to promote peace and democracy in Europe.

Which countries are in the Eurozone?

The Eurozone is a geographic and economic region that includes all EU countries that have fully integrated the Euro as their national currency. As of August 2020, Eurozone countries include Austria, Belgium, Cyprus, Estonia, Finland, France, Germany, Greece, Ireland, Italy, Latvia, Lithuania, Luxembourg, Malta, Netherlands, Portugal, Slovakia, Slovenia, and Spain. About 340 million people live in the eurozone.

The 1992 Maastricht Treaty created the Eurozone and paved the way for creating a single economic and monetary union that included a central banking system, a single currency, and one economic area, the Euro area. Not all EU countries are members of the Eurozone. Some choose to use their currency and remain financially independent. EU countries that decide to join the euro area must meet the requirements of price stability, reliable public finances, convergence stability, and exchange rate stability.

The Eurozone and history explained

The eurozone is one of the largest economic regions in the world and its currency, the euro, is considered the most liquid compared to the currency of other regions. Currencies in the region continue to evolve over time and are increasingly seen in the reserves of many central banks. It is often used as an example in the study of the trilemma, an economic theory that states that nations have three alternatives when determining their international monetary policy.

The eurozone is one of the attempts to unify Europe after World War II. By the end of the war, many Western European countries had invested in closer economic, social and political ties to achieve economic growth and military security and to promote lasting reconciliation between France and Germany. In 1992, the countries of the European Community (EU) signed the Maastricht Treaty to create the EU. The creation of the EU had a major impact on many areas. Although it has promoted political coordination and cooperation in a broader sense, it has had tangible influences on civil rights, security and defense policies, and economic policy.

To this end, the agreement provided for the free movement of capital between member countries, which strengthened close cooperation between central banks and the coherence of economic policies among member countries. The final step was to introduce the euro itself, along with monetary policy, and then the ECB.

Because these cookies are strictly necessary to deliver the website, refuseing them will have impact how our site functions. You always can block or delete cookies by changing your browser settings and force blocking all cookies on this website. But this will always prompt you to accept/refuse cookies when revisiting our site.