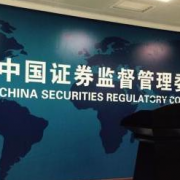 The Chinese Depositary Receipt (CDR) is a form of depository receipt (DR) that is traded on the Chinese Stock Exchange. In other words, this applies to non-Chinese stocks traded in China just like the American depositary receipts (ADRs) allow non-US stocks to be traded on US stock exchanges. The government is launched the Chinese Depositary (CDR) to allow Chinese investors buy foreign tech giants like Alibaba and Baidu to help it to revive the domestic stock market.

Proof of deposit issued in the United States in the 1920s. According to the deposit receipt system, a portion of the company’s stock is transferred to a custodial bank that acts as an intermediary, and then the stock is sold on foreign exchange. Chinese depository receipts are not inherently shares, but investors can own stocks listed elsewhere through a managed bank.

Offshore listings in the past allow many Chinese tech companies to avoid legal and technical hurdles to IPOs they may face on the mainland and gain access to international investors and bond markets. IPO restrictions include weighted voting rights for candidates and restrictions on essential profitability requirements. In addition, Chinese conglomerates often join places like the Cayman Islands to overcome China’s securities requirements and gain access to foreign capital markets.

Why the Chinese Depositary Receipts (CDRs) are beneficial

CDR offers local investors the opportunity to invest in Chinese companies listed abroad. China has made the world’s fastest-growing technology company. However, Chinese investors could not share the profits. Also, since China doesn’t see the future growth that these stocks would get when they were traded in foreign currencies, the CDRs give that growth a chance to return to China. In fact, the potential size of the CDR market could be more than $1 trillion.

Government regulations prohibiting or completely restricting foreign ownership of local companies and capital controls prohibiting Chinese citizens from purchasing foreign assets are major issues for Chinese tech companies and investors. Although Chinese tech companies are targeting the local market, they are often registered as WFOEs (wholely foreign-owned enterprises) in China. This structure provides continued domestic growth and access to the foreign capital needed to finance major R&D investments. The technology company operates in China through a local subsidiary linked to its owner through complex legal agreements.

FAQ – The most asked questions about Chinese depositary receipt :

What is a Chinese Depositary Receipt?

Why is the CDR provided?

The aim of issuing a Chinese Depositary Receipt is to entice capital back to the Chinese stock market with the intention of driving the economy because the tech giants of the country have conventionally chosen to list outside of their home country’s stock market.

What does a CDR represent?

A Chinese Depositary Receipt will usually be issued by a Chinese bank. It is a certificate that represents equity in foreign organizations. Therefore, the certificate of the custodian bank represents a foreign equity pool that is traded on the stock exchanges of China.

What benefit does the CDR give to investors?

A Chinese Depositary Receipt offers a way for domestic investors to invest in Chinese companies that are listed abroad. China has some of the world’s fastest-developing technology companies. However, investors in China have been incapable of sharing the gains. In addition, the country misses the potential growth that these stocks make when they list on overseas exchanges. Thus, CDRs give way for that growth to return to China.

Read our other articles about online trading: