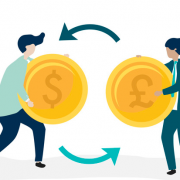 Net Interest Rate Differential (NIRD) measures the difference in the total interest rates of two currencies in the foreign exchange market. It is the difference between the interest you earn and the interest you pay when you trade with a currency pair, taking into account fees, taxes, and other fees. NIRD plays an important role in evaluating the benefits of carry trade of a currency.

Carry trading is a strategy used by traders to take advantage of differences in interest rates and can benefit from an increase in currency pairs if traders are using them for a long time. Even if the trade generates interest on the difference in net interest rates, spread movements in the underlying currency pair can easily collapse (which has happened in history) and can negate the returns of carry trades, resulting in losses.

Carry trading is still one of the most popular trading strategies in the forex market. The best way to implement carry trades first is to decide which currencies offer high yields and which ones offer low yields. The most popular trades involve the purchase of currency pairs like AUD/JPY and NZD/JPY as they usually have very high-interest rate spreads.

NIRD is the amount an investor can expect to earn using carry trades. Let’s say an investor borrows 1,000 USD and converts it into British pounds to buy British bonds. If the yield on the purchased bond is 7% and the equivalent US bond yield is 3%, the IRD is 4% or 7% minus 3%. This profit is only realized when the dollar exchange rate is constant.

One of the biggest risks of this strategy is the uncertainty of exchange rate fluctuations. In this example, if the British pound depreciates against the US dollar, the trader could lose. Traders can also use leverage in the 10:1 ratio to increase their profit potential. If an investor had used leverage at a ratio of 10:1, they could have made a 40% return. However, leverage can also lead to large losses if significant exchange rate fluctuations occur against the trade.

FAQ – The most asked questions about Net Interest Rate Differential :

What is the Net Interest Rate Differential?

The NIRD or Net Interest Rate Differential refers to the difference between the interest rates of two currencies, which are often used in the forex market. It measures the difference in any interest paid and any interest earned when the currency pair position is held after accounting for taxes, fees, and other charges.

What is the role of the NIRD in trading?

The Net Interest Rate Differential plays a vital role in assessing the intrinsic worth of a currency carry trade. The NIRD is the sum the trader can anticipate earning using a carry trade.

Where is the NIRD used?

The Net Interest Rate Differential is intended to use chiefly in currency markets. Forex traders use NIRD while forwarding the pricing of exchange rates. Depending on the consistency of interest rates, a trader can estimate future exchange rates among currency pairs. Traders can utilize NIRD to set the premiums or markdown on exchange rate futures contracts for the current market. NIRD is also frequently used in fixed income as well as lending markets, helping investors considerably in measuring the difference between two securities in terms of their interest rates.