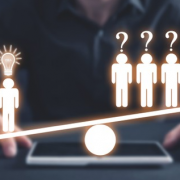 Most investors and traders look for strategies to mitigate the potential risks associated with initiating an investment. A forex hedge is one strategy you can use. Forex hedge definition is a trade made to protect an existing or prospective position from unwanted exchange rate fluctuations. There are two main hedging strategies in the Forex market. The first strategy is to take opposite positions in the same currency pair.

For example, if an investor takes a long position in EUR/USD, he or she will go short for the same amount in EUR/USD at the same time. A second strategy is for investors to use options like put options if the investor wants to go long with the currency pair. Forex hedging gives provides short-term protection and can only provide limited protection when using options.

Hedging itself is the process of reducing your exposure to risk by buying or selling financial instruments to compensate or balance your current position. In the foreign exchange market, hedging is a strategy to reduce the risk of negative exchange rate fluctuations. Forex hedging is a way to minimize and reduce your current exposure to various types of risk. You use forex hedging to protect your position from the risk of loss.

Hedging is a short-term defense trader can use when they worry about dangerous news or unexpected events in the global economy or policies that can cause volatility in currency markets. Many forex market participants strategically use the tools available in the market to offset adverse price movements.

However, hedging does not guarantee additional profits or provide complete protection from risks and losses. There is some flexibility in reducing risk and optimizing the trading process. It is also important to note that hedging is generally suitable for long-term trading.

The main methods of hedging currency trades are spot contracts, forex options, and currency futures. A spot contract is a custom trade created by a trader. Spot contracts are not the most effective currency hedging tool because of their very short delivery times (2 days). In fact, regular spot contracts are often the reason why traders need hedging.

Forex options are one of the most popular currency hedging methods. Like options on other types of securities, currency exchange gives the buyer the right, but not the obligation, to buy and sell a currency pair at a fixed exchange rate at some point in the future. Common alternative strategies such as long bars, long strangle and bullish or bearish strings can be used to limit the potential losses of a particular trade.

Forex hedging is a strategy used to protect your position in a currency pair from risky movements. This is usually a form of short-term protection when traders are concerned about news or events that cause volatility in the forex market. When we say hedging currency pairs in this way, we can distinguish two related strategies. One is to hedge by taking different positions in the same currency pair and the other is to buy currency options.

A hedge that fully protects an existing position

Currency traders can create “hedges” that entirely protect their existing positions from the unfavorable price movement of the currency pairs by holding short and long positions concurrently in the same currency pair. This type of hedging strategy is called “perfect hedging” because it removes all risks and potential rewards connected with the trade while the hedging is active.

Selling a currency pair with a long position may seem odd, but it’s more common than you think because two opposing trades reward each other. This type of “hedge” often occurs when a trader holds a long or short position as a long trade and, instead of closing, initiates a counter trade to create a short-term hedge ahead of important news or major economic events.

Interestingly, US forex brokers do not allow this kind of hedging. Instead, trading companies balance the two trades and consider opposite position as a “close” position. However, the effects of the netted out transactions and hedging are nearly identical.

A simple currency hedging strategy allows the trader to open a position opposite to the current trade. For example, if you already have a long position in a currency pair like EUR/USD, you can open a short position in the same currency pair. This is also called direct hedging.

A Forex position refers to a trader’s commitment or exposure to a currency pair in the foreign exchange market. A trade that is presently making a profit or loss is known as open trade, whereas a trade that has recently been discontinued is referred to as a closed trade. The profit or loss of a trade can only be realized after the trade is closed.

If you hold your original market position in case the trend reverses, your net return on direct hedging is zero. If you have not defended your position, you can accept the loss by closing the trade. However, if you decide to use hedging, you can make money on the second trade since the market movement was against your first trade.

This hedging strategy is called perfect hedging because it eliminates all risks associated with trading while hedging is active. But this also excludes all possible gains.

In a currency hedging strategy, a trader chooses two pairs of currencies that are positively related, such as GBP/USD and EUR/USD, and then takes a position in both pairs, but in the opposite direction.

However, if you dig into the exposure to the dollar in the example above, you can open up to short positions in the pound and long positions in the euro. As a result, hedging with multiple currencies carries its own risks.

A forex hedge that partially protects the existing position

Currency traders can create “hedges” to partially protect existing trade positions from any unwanted price movement in the currency pairs. This strategy is called “imperfect hedging” because it typically only removes some of the risk associated with trading, and also some of the potential rewards.

It’s important to remember that hedges are not a money making strategy. Forex hedging is about protecting from loss, not making a profit. Also, most hedging moves are designed to remove some of the exposure as there are hedging costs that can outweigh the gains after a certain time.

For example, if a Japanese company wants to sell equipment for US dollars, it can protect part of the transaction by choosing a currency option that will be profitable if the Japanese Yen rises in value against the dollar. If the trade is not hedged and the dollar strengthens or stabilizes against the yen, the company only bears the cost of the option. If the dollar weakens, the exchange could cover some of the losses incurred to repay sales revenue.

Also, if US investment banks return a portion of their earnings in Europe, they may be able to secure a portion of their expected returns as an option. Since the planned transaction is to sell euros and buy US dollars, the investment bank will buy put options to sell euros. By buying a put option, the company locks the worst-case scenario price for an upcoming trade. As in the example of the Japanese company, if the currency eventually exceeds the strike price, the company does not exercise the option and only negotiates on the open market. The hedging cost is the cost of the put option. Not all retail brokers allow hedging on their platforms. Research the broker you use before you start trading.

See out other articles about forex trading: